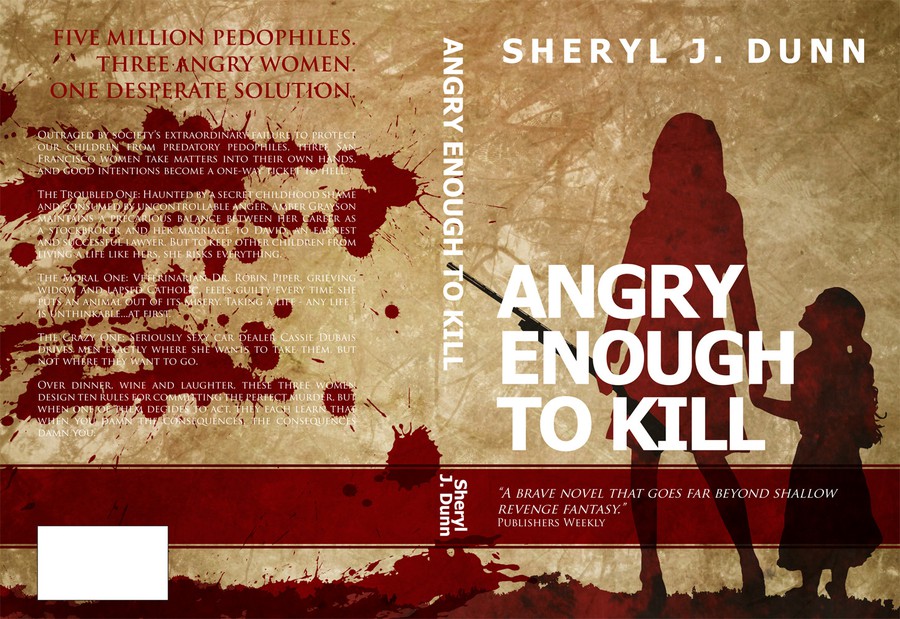 SherylinMexico needed a new book or magazine cover design and created a contest on 99designs.

A winner was selected from 180 designs submitted by 31 freelance designers. 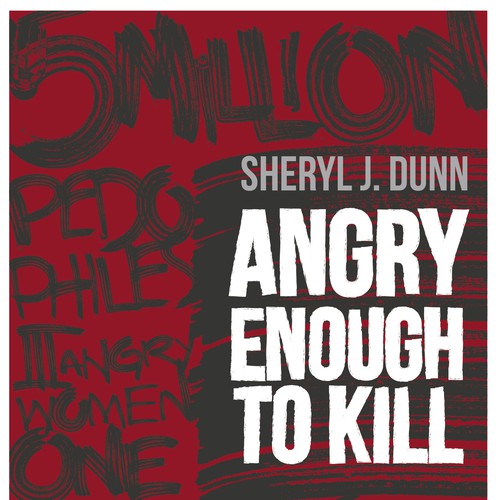 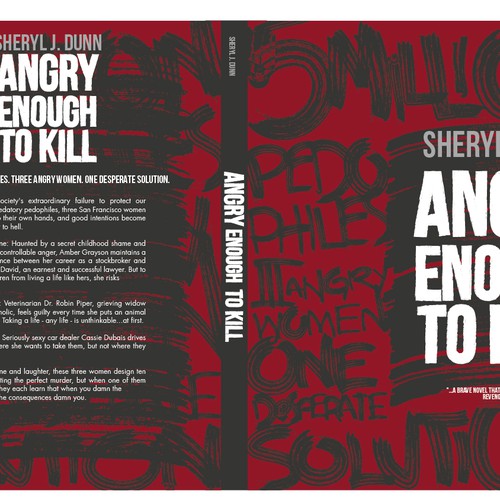 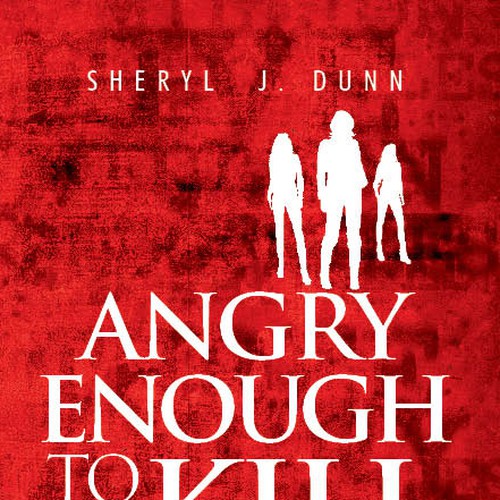 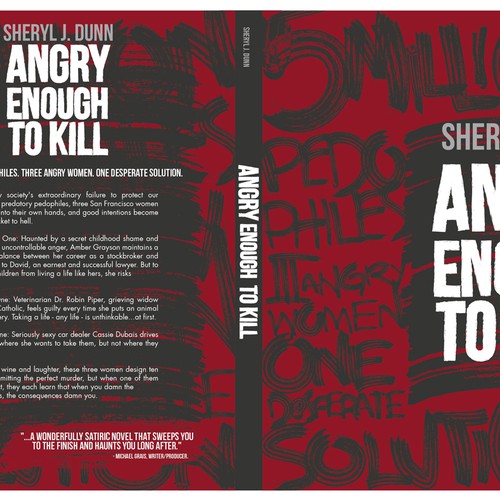 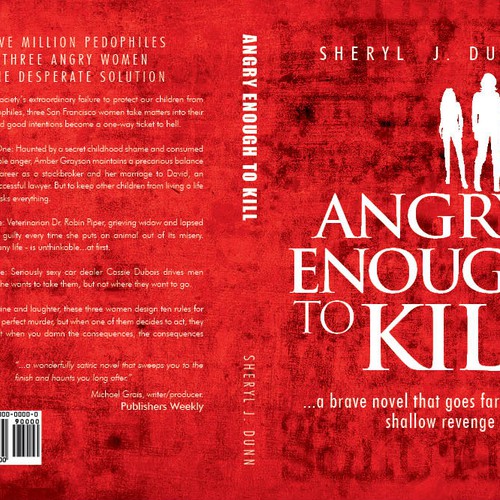 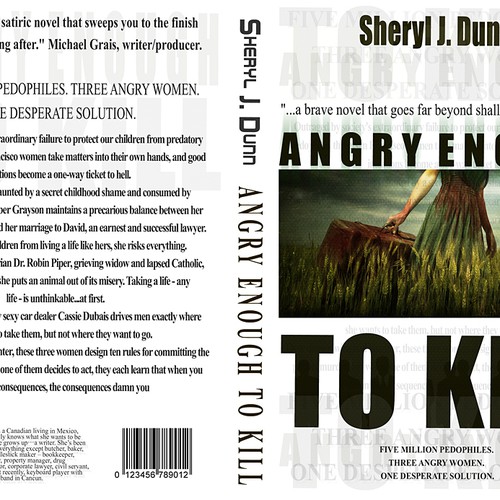 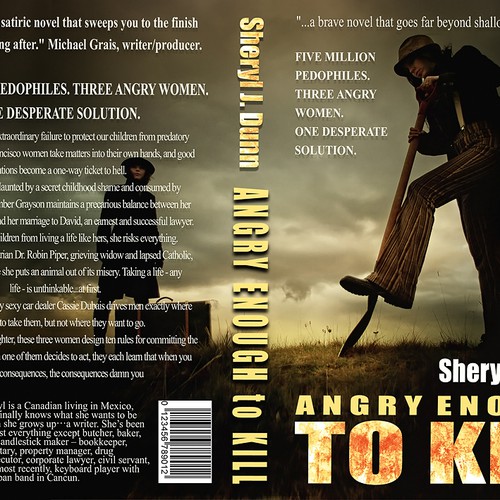 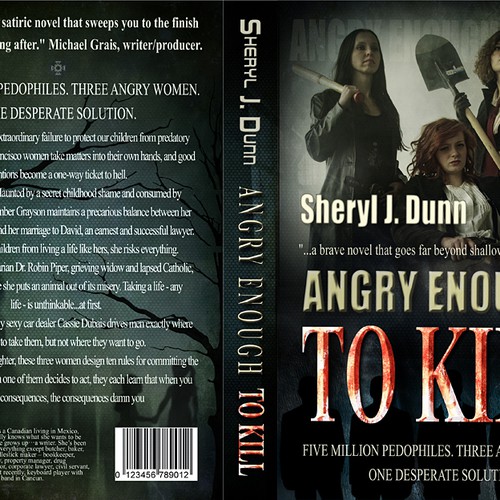 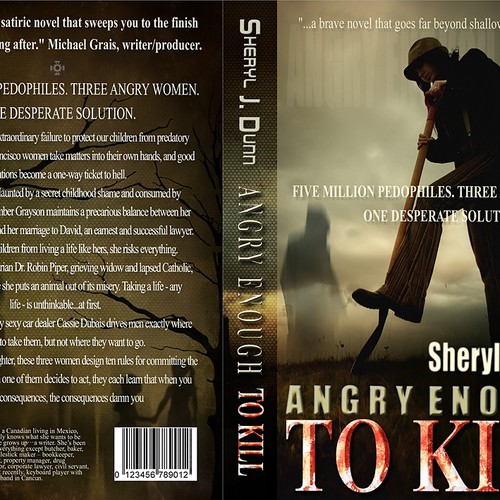 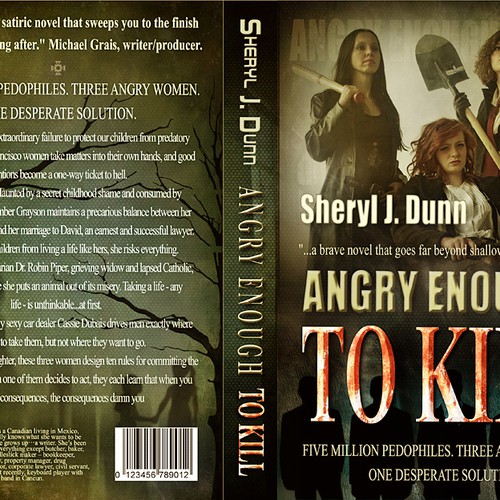 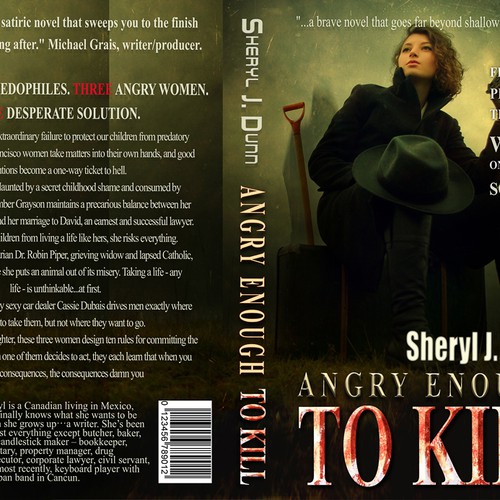 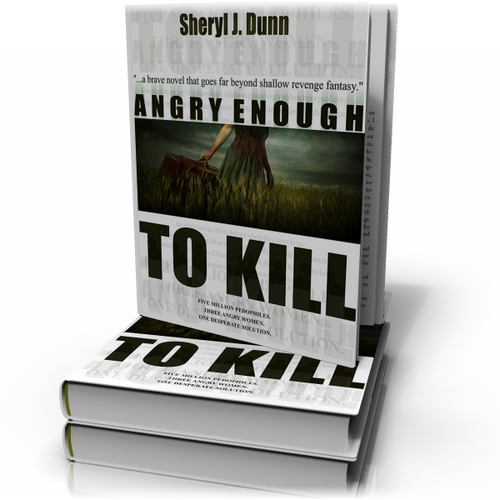 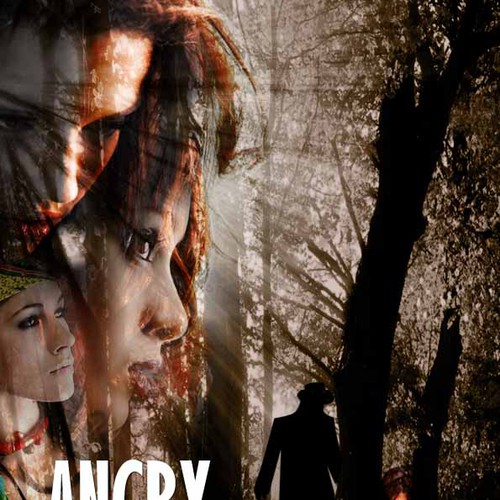 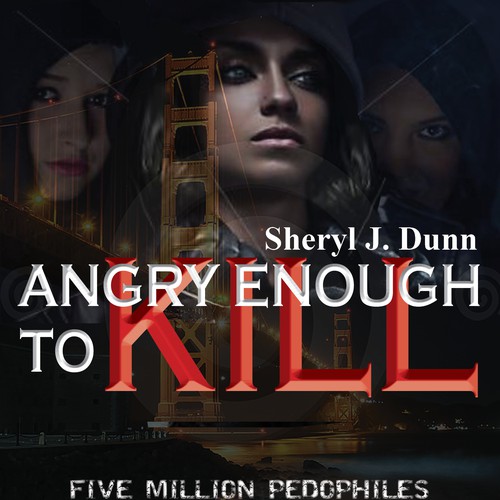 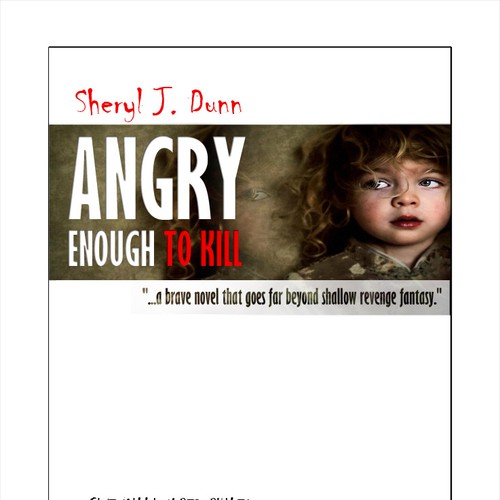 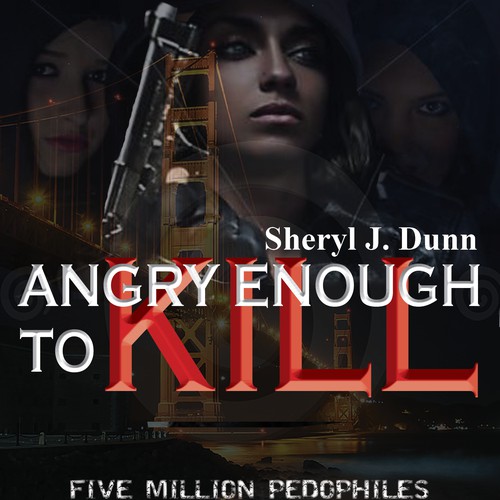 Winner - Criando Ideias
Fantastic work, and great attention to detail. We had many fine designs to choose from, and his work stood out from the rest. I will definitely seek out this artist in the future. - mike ball
- mike ge

Finalist - DOCODE
Listened to feedback and made great adjustments
- Anonymous

Finalist - Avargas90
Although this is my first time using 99deigns I have to say... the process has been great! Avargas90 came a little late to the party and the original design was not close to what I wanted but we worked together to it it there. Avergas90 was very patient and made every change I requested. Also Avergas90 took risk to show me things that I had not thought of which improved the design and are a part of the final product. All-in-all 99edsigns has a great process and Avargas90 is a top notch designer that I HIGHLY RECOMMEND. Darren Mason
- SalesMeetsMarketing

1. a book cover for a psychological thriller called ANGRY ENOUGH TO KILL.

2. Aside from the title and author name on the front cover, I'd like the blurb from Publishers Weekly: "...a brave novel that goes far beyond shallow revenge fantasy."

3. Here's the tentative back cover description:

Outraged by society's extraordinary failure to protect our children from predatory pedophiles, three San Francisco women take matters into their own hands, and good intentions become a one-way ticket to hell.

The Troubled One: Haunted by a secret childhood shame and consumed by uncontrollable anger, Amber Grayson maintains a precarious balance between her career as a stockbroker and her marriage to David, an earnest and successful lawyer. But to keep other children from living a life like hers, she risks everything.

The Moral One: Veterinarian Dr. Robin Piper, grieving widow and lapsed Catholic, feels guilty every time she puts an animal out of its misery. Taking a life - any life - is unthinkable...at first.

The Crazy One: Seriously sexy car dealer Cassie Dubais drives men exactly where she wants to take them, but not where they want to go.

Over dinner, wine and laughter, these three women design ten rules for committing the perfect murder, but when one of them decides to act, they each learn that when you damn the consequences, the consequences damn you.

4. I'd also like the following blurb on the back cover:

"...a wonderfully satiric novel that sweeps you to the finish and haunts you long after." Michael Grais, writer/producer.

READ MY COMMENTS - there are links to two draft book trailers that might give you more feeling for the book.

2. even though I'll own the copyright in the design, I would give credit to the designer on the back cover;

3. it would be okay to put FIVE MILLION PEDOPHILES. THREE ANGRY WOMEN. ONE DESPERATE SOLUTION on the front cover, too - depends on the designer;

4. would rather not provide images because I've been experimenting too much on my own.

Get started now
Design an eye-catching cover for a fantasy adventure about a thief!
$299
87
entries
17
designers
Create an original, eye-catching book cover for a dark urban-fantasy.
AU$ 659
Author with a target audience of YA and up...
77
entries
35
Designer
Design an edgy urban fiction book cover for book entitled, Chocolate In Semi Sweet
$ 299
I am an urban fiction writer....
24
entries
9
Designer
Design a book cover that transcend time and space for a scifi adventure
299 US$
Book publishing, entertainment and media. Development of a book series in science fiction and fantasy along with a sc...
54
entries
14
designers
Cover for Dark Fantasy Series (ebook and paperback)
279 €
Dark Fantasy Book Series Titel: Unstern Author: Katrin Ils...
193
entries
42
diseñadores
"Emma" a short story that needs a book cover
$299
Hello Designers! I am looking for a short story cover. It falls under the literary genre. My future readers are A...
105
entries
39
デザイナー数
Learn more about book or magazine cover design
See how it works