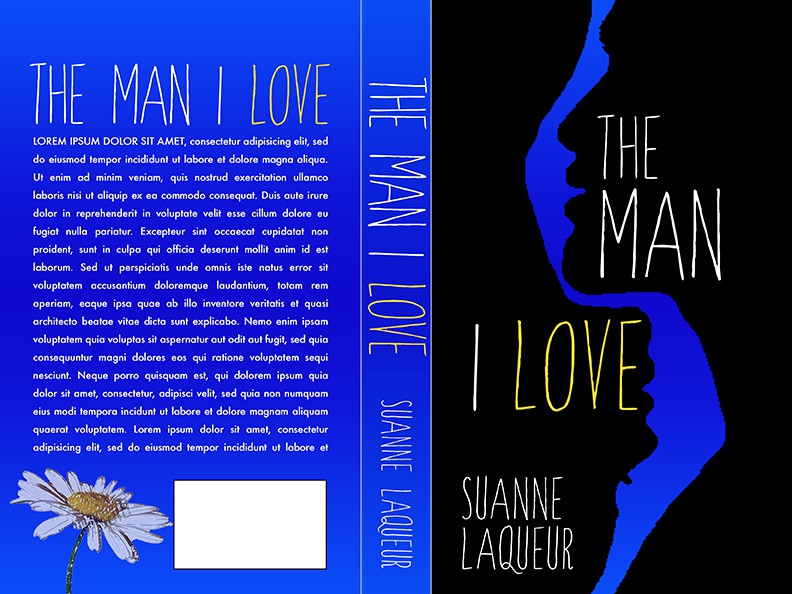 swainblqr needed a new book or magazine cover design and created a contest on 99designs.

A winner was selected from 577 designs submitted by 88 freelance designers. 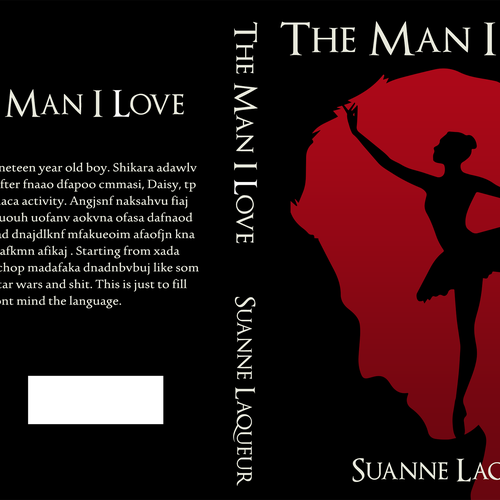 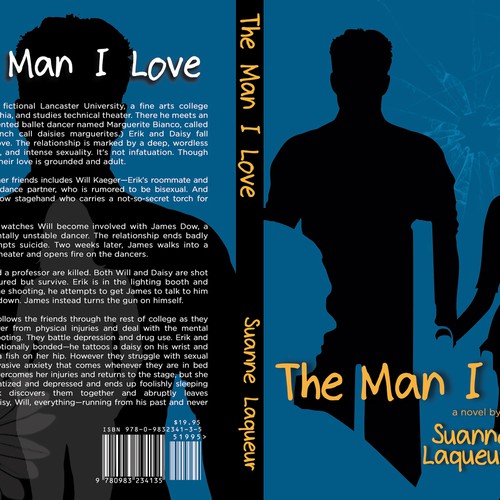 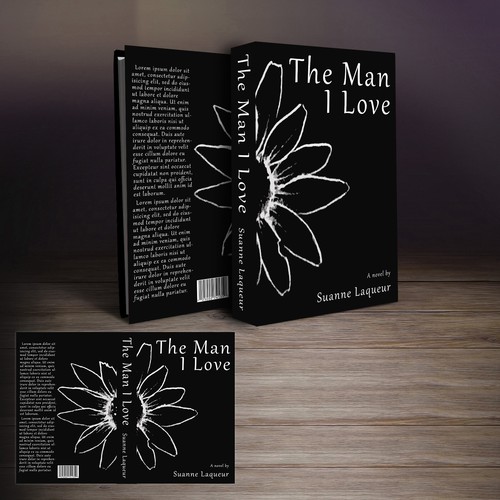 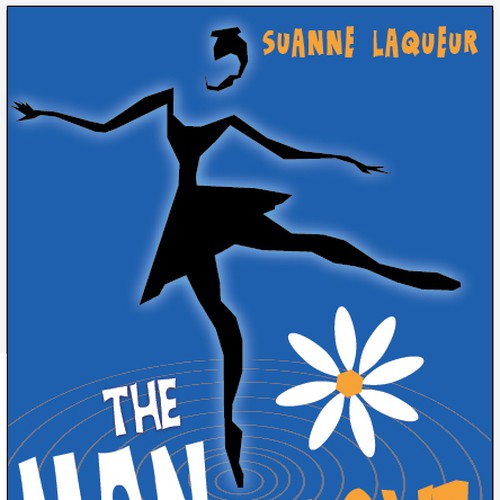 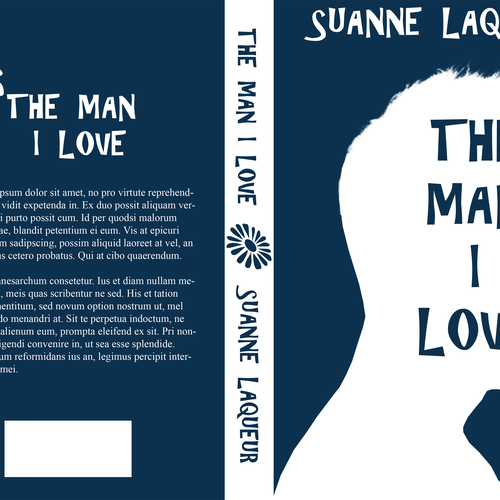 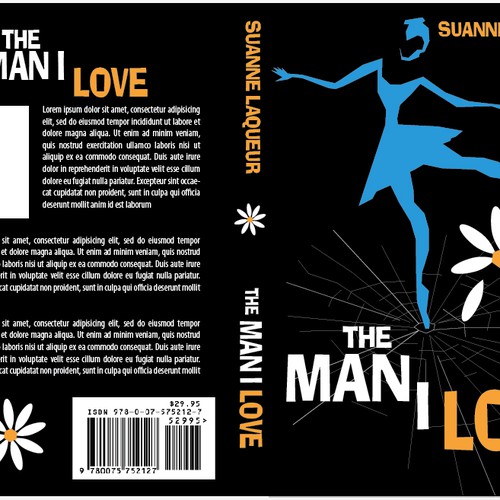 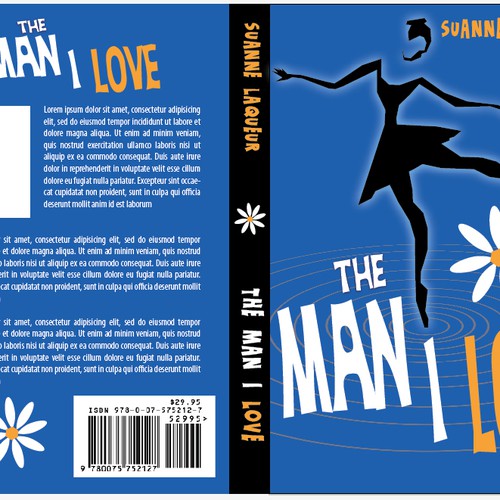 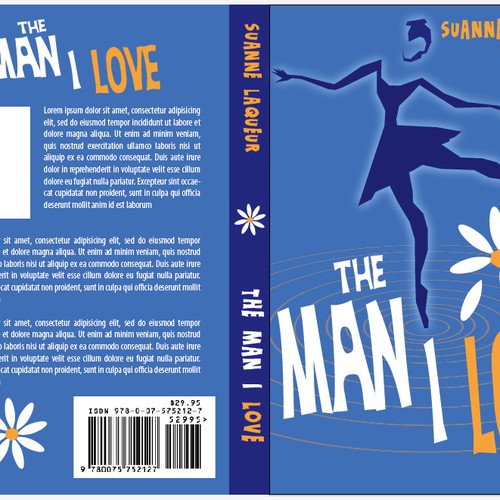 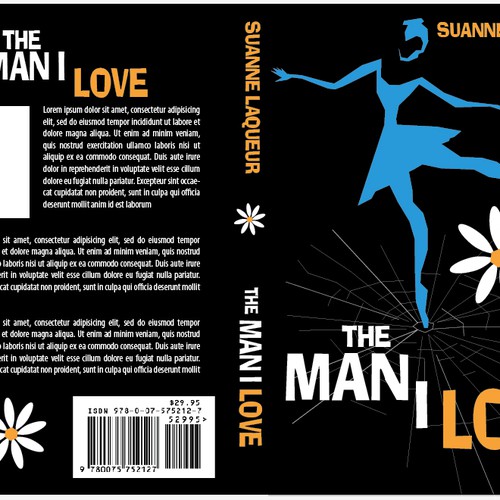 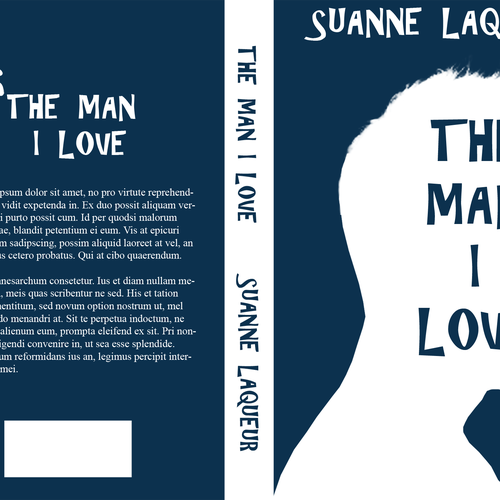 Winner - TracyKop
Excellent work on the design of my book cover. Tracy's skill is top-notch and meets all the required standards for today's publishers. Her talent brought together my core ideas and transformed them into an eye-catching design I am proud to show off. Highly recommended.
- Anonymous

Finalist - todberez
Tod did an awesome job with this project. Would be a great joy to work with him again! :-)
- felixploetz

I am looking for a quality, 300 dpi, 6 x 9 inch cover for my mainstream fiction novel, “The Man I Love.” I will be publishing as both an e-book and a paperback so I will need a front-spine-back jacket design

I am leaning more toward graphic/illustrative style although I'm open to photo-realism or other artistic interpretations. I'd prefer not to have any portrait-style photographs on the cover that dictate to the readers what the characters look like.

The focus of the story is a man, Erik, remembering the love of his life from school, Daisy.  They were both involved in an on-campus shooting incident which led to the destruction of the relationship.  Twelve years later, Erik still has never dealt with either of those traumatic experiences - the shooting, and losing his lover.  The story is his evolution and decision to go back and find her: confront the issues, have a conversation, gain understanding about what happened.  And forgive.

The strong themes are love, soul mates, unfinished business of the past shaping one’s life, and forgiveness. This book is for people who want to get swept up in a good story and connect with honest, complicated and diverse characters. And perhaps think about who they love and why. Maybe think differently of their own unfinished stories.

Though Daisy is a dancer, and ballet is featured in the novel, it is NOT necessary to have a ballet dancer be the primary focus of the cover. Don't feel you have to slap a ballerina in there for the sake of having it. The story is told from the lead MALE character and he is NOT a dancer.

If you choose to use a dancer, please use a professional picture from classical ballet.  No ballroom, burlesque or modern.  Also, this is NOT "Black Swan!"

In case you are going for literal representation in photographs: Erik is blond with brown eyes. The lead female Daisy has dark hair and stunning blue-green eyes.

The novel’s protagonist is Erik Fiskare, called “Fish” by his friends as Fiskare is Swedish for “Fisherman.” He is nineteen at the story’s start in 1990 and thirty-four at its end in 2005.

Erik and Daisy fall passionately in love. The relationship is marked by a deep, wordless and soulful bond, and intense sexuality. It's not infatuation. Though they are young, their love is grounded and adult.

Erik’s circle of other friends includes Will Kaeger—Erik’s roommate and Daisy’s exclusive dance partner, who is rumored to be bisexual. And David Alto—a fellow stagehand who carries a not-so-secret torch for Daisy.

Junior year, Erik watches Will become involved with James Dow, a talented but mentally unstable dancer. The relationship ends badly and James attempts suicide. Two weeks later, James walks into a rehearsal in the theater and opens fire on the dancers.

Five students and a professor are killed. Both Will and Daisy are shot and seriously injured but survive. Erik is in the lighting booth and durling a lull in the shooting, he attempts to get James to talk to him and put the gun down. James instead turns the gun on himself.

The novel, told exclusively from Erik’s point of view, follows the friends through the rest of college as they struggle to recover from physical injuries and deal with the mental trauma of the shooting. They battle depression and drug use. Erik and Daisy remain emotionally bonded—he tattoos a daisy on his wrist and she gets one of a fish on her hip. However they struggle with sexual issues and a pervasive anxiety that comes whenever they are in bed together. Daisy overcomes her injuries and returns to the stage, but she is severely traumatized and depressed and ends up foolishly sleeping with David. Erik discovers them together and abruptly leaves school—leaves Daisy, Will, everything—running from his past and never looking back.

The story then follows just Erik through his adulthood as he comes to grips with the demons of his youth, the effects of the shooting on his psyche, and the ungrieved grief and unfinished business of leaving Daisy. After a failed marriage and learning of the death of David Alto, Erik returns to Lancaster and realizes that while Daisy hurt him, he hurt her just as badly by completely cutting her off. He decides to turn around open the door of his heart and call her, seeking both to forgive and be forgiven.

The title “The Man I Love” has lots of meanings:
*Erik was abandoned by his father – the man he loved – and this desertion largely shaped his childhood and teens.
*Will Kaeger was the man James loved, and James tried to kill him.
*“The Man I Love” is the George Gershwin song. The choreographer George Balanchine used it in his ballet “Who Cares” and this is the pas de deux Daisy and Will are rehearsing when they are shot. You can Google Balanchine and Who Cares for images of the ballet.
*And Erik, naturally, is the man Daisy loves, and being that has shaped Erik as well, as much as he has tried to suppress it.

The book is rich and complex and I don’t think any one image can capture the essence of it. A collage-type cover would even work. Be creative, I’m a blank slate here.

The strong themes are love, soul mates, unfinished business of the past shaping one’s life, and forgiveness. This book is for people who want to get swept up in a good story and connect with honest, complicated and diverse characters. And perhaps think about who they love and why. Maybe think differently of their own unfinished stories.

The world of theater almost acts as a metaphor for the lead characters: Daisy is comfortable being in the spotlight but Erik, while a natural leader, is much more guarded and prefers being behind-the scenes. He himself observes that most of the significant events of his life have taken place in theaters. Specifically in the aisles: he sees Daisy for the first time when she is walking up the aisle of the auditorium at college. He talks to the shooter James in same the aisle. He suffers a near mental breakdown in a different theater. He meets his wife in yet another another auditorium. He reconciles with Will in a theater aisle. And finally declares his love again for Daisy there.

Award-winning author needs cover for first book in new series!
US$499
Nina Cordoba is an award-winning author of very funny romance and, now, humorous mystery novels....
54
entries
25
designers
Fantasy eBook cover for "Legion on the March"
$299
Production and publishing of high-quality audio, video, and written content for non-fiction and fiction audiences....
148
entries
27
デザイナー数
In My Head - A new novel by Sabrina Winters
US$ 299
Author of fiction novels. My target audience would be teens and young adults....
24
entries
8
diseñadores
Create a Book Cover for Young Adult Science Fiction Novel
US$ 299
I need a cover for Evolve, a young adult science fiction novel.
43
entries
12
diseñadores
Design a book cover for a collection of columns by Detroit News editor Nolan Finley, titled "Little
$499
Dunlap Godard publishes fiction and non-fiction books through print-on-demand and ebook channels....
157
entries
54
designers
Create a feel good book cover for a summer crime comedy at a lake
500 €
I am a German writer. This will be my first self-published book. I'd like the readers to feel good and happy.
97
entries
28
Designer