sammyfantastic got their new book cover by running a design contest:

Ebook cover for a LitRPG parody of the Witcher

I'm a long term author and standup comedian trying out a new subgenre (humorous LitRPG) under a nom de plume.

A wealthy cryptocurrency day trader spends his nights in a completely immersive RPG world as a character he has modelled heavily on Geralt of Rivia from the popular Witcher games.

This book is a humorous LitRPG / spoof of the popular game ‘The Witcher’ . The main character is Gerald, who is an office worker by day and gamer by night. I want to evoke the Witcher both with Gerald’s look and the title, while obviously not copying them exactly, for obvious reasons. Think cosplay rather than clone. That said Gerald is a handsome guy with a similar build, around the age of 35-40. I am including reference pictures of the source material being parodied. Cover directions: - The 'S' in 'Switcher' could draw attention to itself in some way, like 'Hey, look at me, I'm the fun addition that has rammed my way in where I don't really belong!' Whether this means bigger, bolder, slightly different style, I’m not sure. - Gerald positioned in the centre, looking ‘at us’ while striking the recognisable Witcher pose included in the files. - A divide splits the cover (and Gerald) vertically, evoking the duality of his existence. One side of Gerald is his game avatar, the other side, his real life self. - The avatar has two swords on his back (like the pic, but doesn’t matter which side they lean to), has long white hair, yellow cat eyes, facial growth, wears armour, and has a scar across his eye like in the pic. He possibly (not mandatory) can wear a metal amulet, which in this case could be anything from a ‘fierce emoji’ to ‘scary monster face’. Unlike the pic he does not need to carry a crossbow. - The avatar’s background evokes dark RPG fantasy forest. Could have creatures/monsters in the trees, maybe just in the form of shadows/glowing eyes. - The real life self wears a sleek business suit (maybe a tie, not sure), is clean shaven, dark short hair (unless that looks too weird, open to retaining the hair style - but not colour - across both sides), brown eyes, unblemished skin, and carries a slick briefcase. - The real self’s background is a bright modern open plan office, high up in a skyscraper, could see any of the following: desks, swivel/ergonomic chairs, water cooler, laptops, waste baskets, other workers (not expecting all of this, just ideas). Note that the story is set in the future, so everything should have a clean, modern vibe. - One thing to definitely include in real self’s background is a stock chart – whether on a computer, the wall, printed out, whatever. It should be wildly erratic – think cryptocurrency! - Finally, his expression – it could be serious on avatar side and smiling on real life side, but that might look weird. Maybe he is smiling wryly/mischievously across both sides. All I know is, I don’t want him looking like a Big Serious Man Who Means Business on both sides. This is a fun book. Amazon cover dimensions currently listed as 2,560 pixels in height x 1,600 pixels in width.

Don't worry about giving my author name too much weight. Main focus on character + title.

sammyfantastic collaborated with designers to refine their ideas

Design a vintage Art Deco cover for a cozy mystery

Typically women who are forty and older, I would say primarily in Canada and the United States.

Design a book cover for the biggest collection of pet names

Women between 18-40 who love steamy historical romances on the longer side, especially if they like Texas and cowboys.

Show your best book design for millions of readers

Adult fans of fast-paced sci-fi & urban fantasy , as well as older YA readers

women trying to lose weight, reduce their obsession with food and weight, or maintain the weight they have lost. Fed up 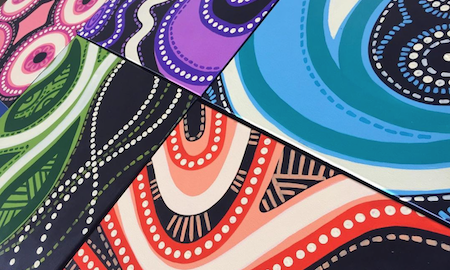 Caring for country: how Indigenous artist Safina Stewart speaks through her art

Packaging materials: a guide to help you find your product's perfect match 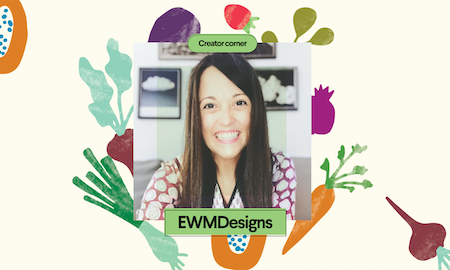