LSSaville got their new book cover by running a design contest:

I am an Australian crime and thriller writter.

Meet Tyler Blake. A former tradie, ex-cop and private investigator with a knack for finding trouble. When a reclusive tech-billionaire and philanthropist is found dead in a Sydney hotel room, all the signs point to natural causes. A big man in his 60's, Greg Kamper ate all the wrong foods, did his best to avoid exercise and smoked like a chimney. But according to the forensic pathologist, he didn't die of a heart attack. Rather, he was beaten to death, and a vicious blow to the chest ruptured the right atrium of his heart. The police don't see how that's possible. Nobody else went into the room, and nobody else came out. Not a stick of furniture was disturbed and not so much as a bruise was left on the body. With the police investigation at a dead-end, Greg Kamper's widow enlists the help of PI Tyler Blake to find out who killed her husband. Can Tyler find the answer to a puzzle that has stumped the state's best homicide detectives-and if he does, just how dangerous will the answer be? A timeless detective novel Out Of Sight will appeal to fans of Michael Connolly, Peter Corris and Dashiell Hammett.

Crime and mystery readers, male and female, all ages 14+

I'm looking for a contemporary crime novel cover that is consistent with current trends. It should not look out of place with the top 100 mystery or private investigator ebooks currently listed on Amazon. Please keep in mind that this is book one in a series, as such the cover should have a look, design feature, or particular style that can be replicated throughout the series. My preference is to find a designer I can work with on an ongoing basis as the series continues.

The book is set in Sydney, Australia - So please don't use any iconic buildings from other countries in the background image. The cover doesn't need to have a specific Australian flavour, but I don't want to confuse the audiance

LSSaville collaborated with designers to refine their ideas

madoto7o
Choose a design you love and work closely with the winning designer to refine and finalize your design. After that they’ll supply the files needed for print or digital use. Full copyright is all yours.
You’ll get all the image files you need to put your design anywhere. This includes the original, editable file, as well as a preview version you can open on virtually any device.
If you know exactly what you’re looking for, it makes sense to work with an individual freelance designer. In that case, you can search through our designers’ portfolios and find your perfect match.

People who wanne improve their lives

Design a minimalist, masculine cover for a history handbook

This book is for politically conservative American men, age 30-50, who live in suburban / rural communities.

Design a Cover for My Prayer Journal

Women in their 20s or 30s in the US who enjoy contemporary romance.

Seniors. Elderly over the age of 60. These people are most likely not active anymore and are feeling some kind of pain.

COVID-19 and The New World

Anyone who answers "yes" to one of the following questions: 1. Do you want to enjoy peace when you are off your mat?

Tiktok for business: 7 easy steps to start your account 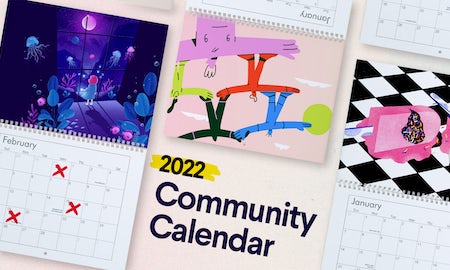 Kickstart the new year with our art calendar 2022 (free download!)