uraniumguy got their new other graphic design by running a design contest:

Uranium/Diamond exploration Company looking to create an impressive fact sheet with a crisp design that conveys a strong image of professionalism and organization. The company is in the mineral resource industry focussed on exploration and development. Note*** Design must be created for print. (300dpi)

Desired Color Scheme: Corporate Colours of Dark Blue, Yellow Star Desired Style: Crisp, Professional Design. Accepted File Formats: Any. About Us We are focussed on exploring for Uranium in Canada. Our corporate site is www.staruranium.com The Project Design a 2 page fact sheet for print. Data Needed in Presentation - Our blue logo: http://www.staruranium.com/images/bluestar0002.jpg - Graphics or Images focused on mining or a property as seen in this link example: http://www.santoy.ca/s/Home.asp or perhaps you have your own ideas. - Capital Structure - The Company - Management - Properties (Will Include map(s)) - Why Uranium - Contact Information Informational Text Break-Down Capital Structure: Exchange: TSX-Venture Symbol: SUV Shares Issued: 47,473,630 Shares Fully Diluted: 61,423,630 52 Week Price Range: 0.29 0.89 Recent Share Price: 0.60 Market Cap: Will Provide Later Cash Position: Will Provide Later Debt: Will Provide Later The Company: Star Uranium Corporation is a Canadian based resource company focused in the strategic acquisition and development of uranium, diamond and precious metal properties on a worldwide basis. Since 1985, the Company's strategy has been to acquire quality uranium, diamond and base metal properties in the Athabasca Basin of Saskatchewan, Canada as well as various areas of Alberta. Management: Rick Walker, President & C.E.O. Director Rick T. Kusmirski, MSc, PGeo Director Derek L. Ivany Vice President Business Development Director Mike Magrum P.Eng Director Why Uranium? - High demand as an energy source - Significant Price increase - Production shortfalls - Diminished supply - Growing cost of alternative fuels used to produce electricity - More than 140 new reactors to be built over the next 10 years - Uranium is more than 10,000 times the energy output than oil (megajoule/kg) Properties: (See Links for Maps + Data) Black Lake, Stony Rapids - Saskatchewan, Canada http://www.staruranium.com/index.php?section=uranium_stonyrapids Star Uranium owns 100% interest in a group of seven claims near the town of Stony Rapids, along the northern edge of the Athabasca Basin. Stony Rapids is services by provincial highway 905 and regular air service is connected to the provincial power grid. The Black Lake properties were acquired after UEX Corp. announced a new discovery in the area in late 2004. For the first time, unconformity-type uranium mineralization was encountered in this area of the basin. Deposits of this type are found at mines in other parts of the basin. A program of surface geology and sampling on Star Uraniums properties produced favourable results from both boulder samples and soil samples. Strongly chloritic sandstone boulders from one area have anomalous geochemistry in uranium, lead, boron and arsenic. Soil samples from a second area were anomalous in uranium, cobalt, nickel, thorium, copper, molybdenum, arsenic, tungsten and yttrium. These associated elements are important indicators in other deposits in the basin. Both of the areas of interest also are near geophysical conductors, and both will be drill-tested in 2006. Collins Bay, Wollaston Lake - Sakatchewan, Canada http://www.staruranium.com/index.php?section=uranium_wollaston Star Uranium has a 100% interest in a 4000-acre mineral claim immediately to the east of Cameco Corporations Eagle Point Uranium Mine. Also in the vicinity are three other Uranium deposits: 1. Collins Bay 2. Rabbit Lake 3. McClean Lake The property hosts two northern-trending conductive zones which have never been drill-tested. Geophysics has been conducted on these targets and they will be drilled when ice conditions allow, as they are situated on Wollaston Lake. Cree Lake - Saskatchewan, Canada http://www.staruranium.com/index.php?section=uranium_creelake Star Uranium recently acquired a 100% interest in a 5917 hectare property at Waite Bay on Cree Lake, Saskatchewan. The property sits on the Cable Bay fault and hosts a series of known conductors. An airborne survey will be flown over the property in April to further define the conductors, to be followed by a summer ground grogram. Other properties in the Cree Lake area are held by CanAlaska Ventures, JNR Resources, Cogema and Cameco Corporation. Way Lake - Saskatchewan Canada http://www.staruranium.com/special/waylake.jpg Star Uranium Corp. has acquired by staking 8 mineral claims totaling over 100,000 acres in the area of JNR Resources Inc.s recently announced discovery (up to 48% U3O8) contained in surface bedrock samples from their recently completed summer work program at Hook Lake, part of their Way Lake project. Six of the new claims adjoin JNR Resources Inc.s Way Lake project and are located south of the discovery. Star Uranium has named these six claims the Alexander Lake project. The remaining two claims, known as the Pardoe Lake property, are to the east of the new discovery and are contiguous to JNRs Yurchison Lake project to the north and the JNR / International Uranium Pendleton Lake project to the south. Please refer to the Star Uranium Corp. website at www.staruranium.com/special to view the map indicating the proximity of the properties to one another.

Every design category has flexible pricing for all budgets.

A quick, interactive guide helped them understand their design style and captured exactly what they needed in their other graphic design.

99designs is the global creative platform that makes it easy for designers and clients to work together to create designs they love.
A contest allows you to open your design brief to our global community of creative designers. Designers submit concepts based on your needs and you pick your favorite as the winner.
Every design category has flexible pricing for all budgets.

Work with talented, professional Other Graphic Design designers to turn your ideas into reality.

Select your favorite custom Other Graphic Design (Or two! Or three!). And the design is all yours.

uraniumguy collaborated with designers to refine their ideas

infoOwE
Choose a design you love and work closely with the winning designer to refine and finalize your design. After that they’ll supply the files needed for print or digital use. Full copyright is all yours.
You’ll get all the image files you need to put your design anywhere. This includes the original, editable file, as well as a preview version you can open on virtually any device.
If you know exactly what you’re looking for, it makes sense to work with an individual freelance designer. In that case, you can search through our designers’ portfolios and find your perfect match.

Design logo for energy healing nonprofit. Healing for everyone!

This is a nonprofit for energy healing.

Design a book cover with a dark/grim atmosphere.

Teen to young adult readers who are avid fans of Fantasy and Fiction.

For those who want to regain control over their finances.

Sports fans and crime fans. Probably more likely to be younger to middle aged men, but not so many elderly readers.

Illustration to appeal to people with ADHD 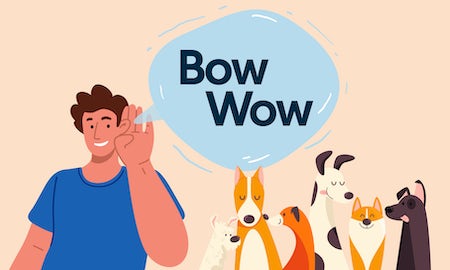 An article all about alliteration in brand names 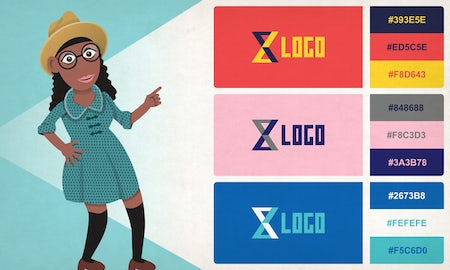 44 logo color combinations to inspire your next logo design