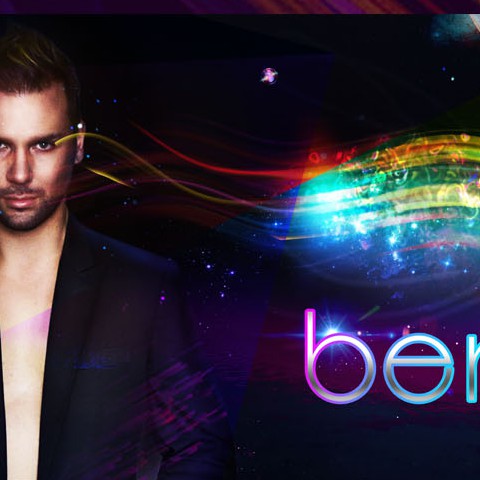 benjacob243 needed a new logo and social media pack design and created a contest on 99designs.

A winner was selected from 64 designs submitted by 10 freelance designers. 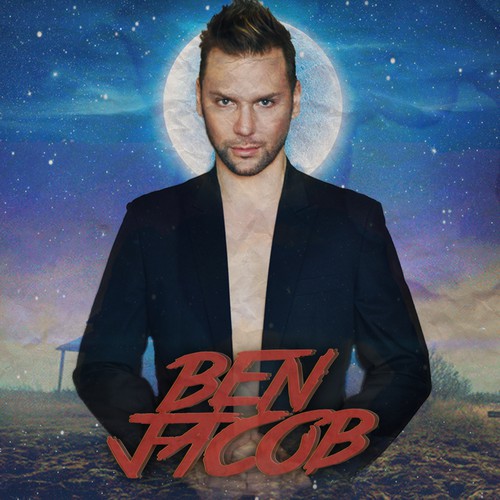 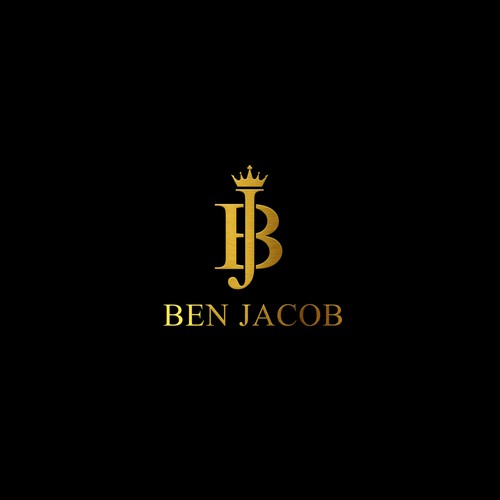 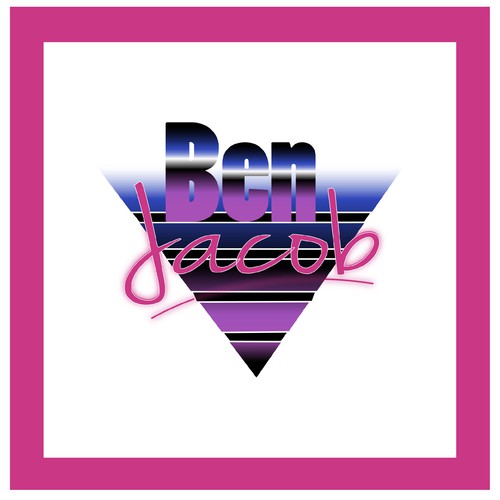 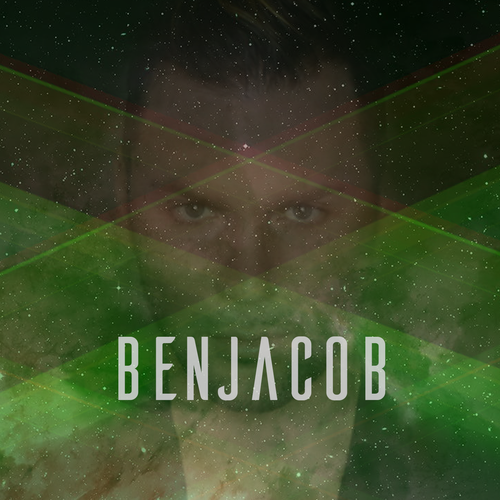 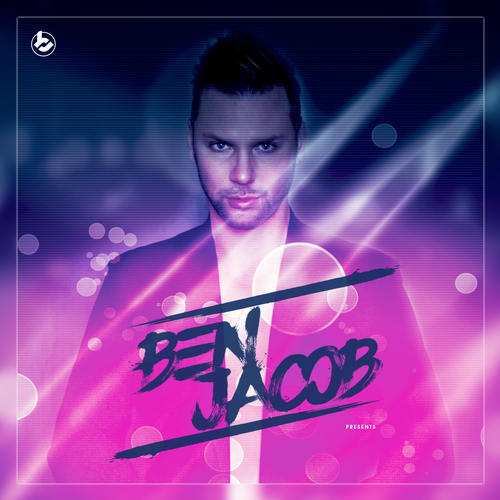 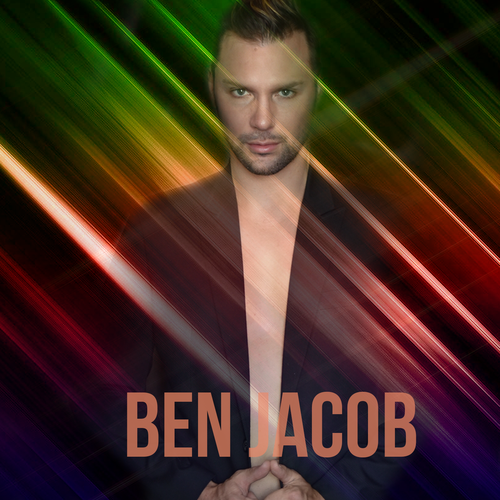 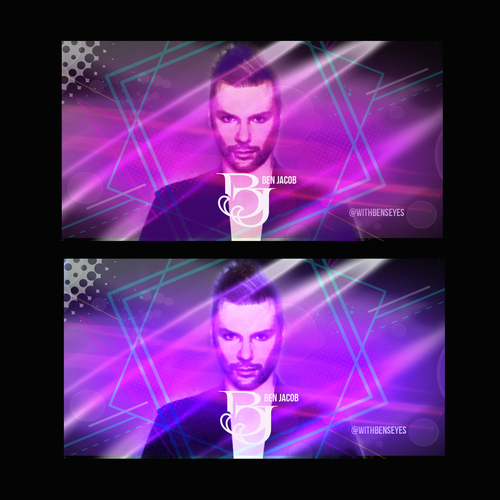 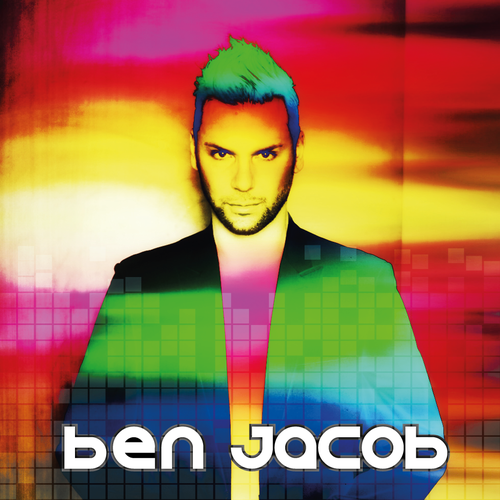 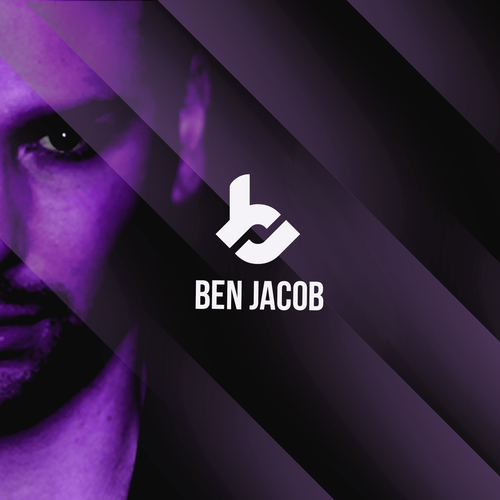 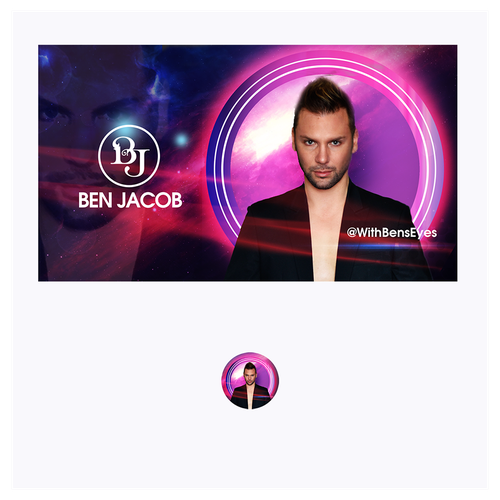 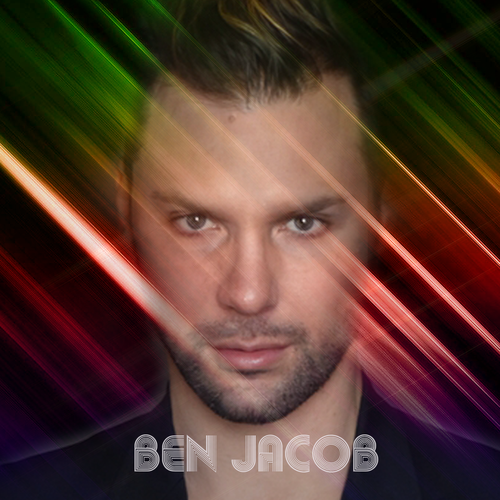 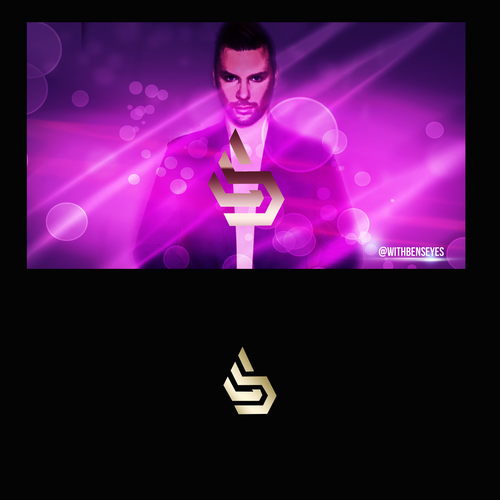 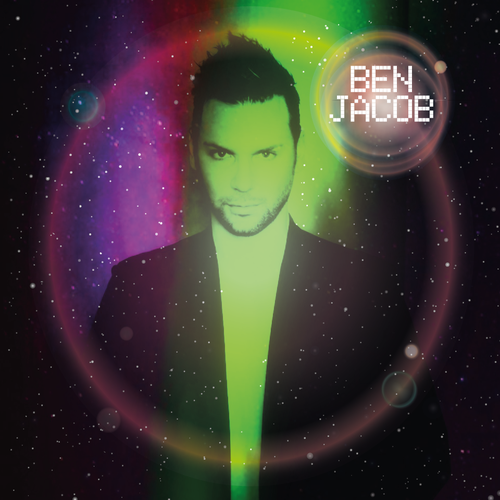 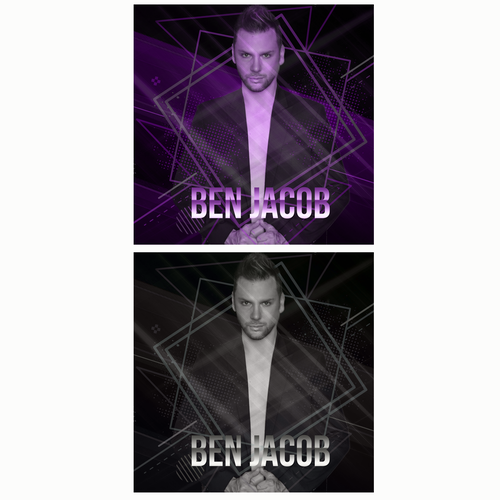 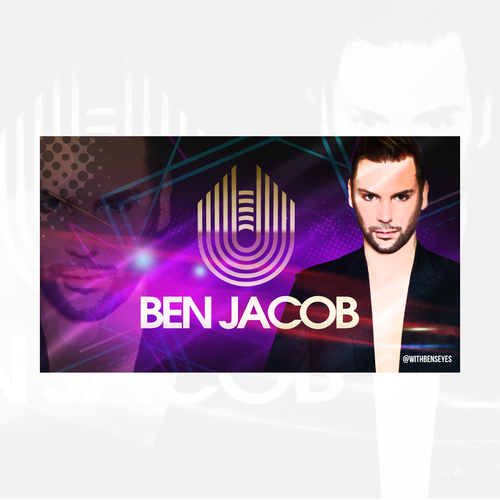 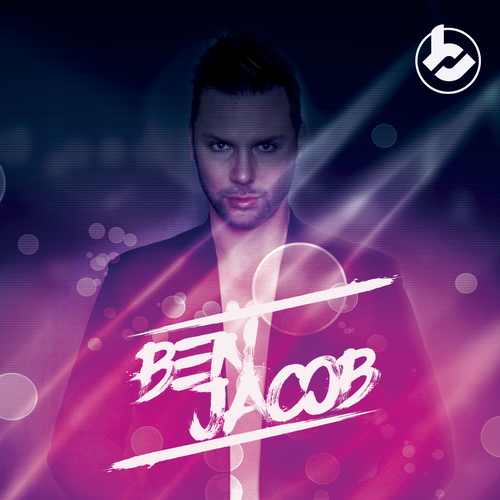 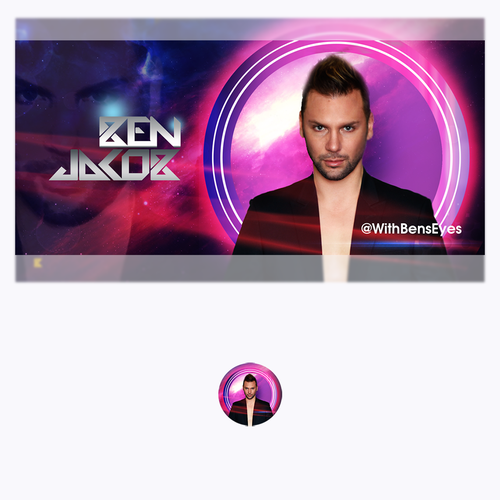 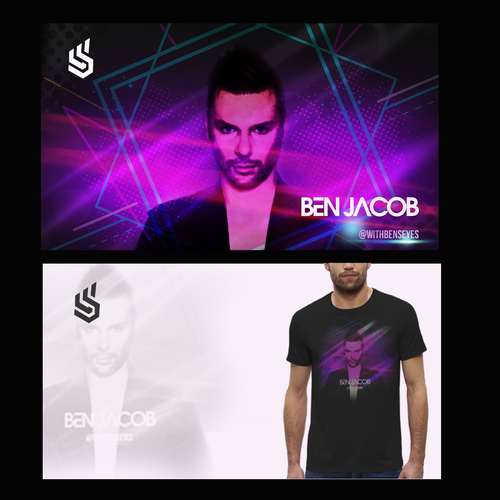 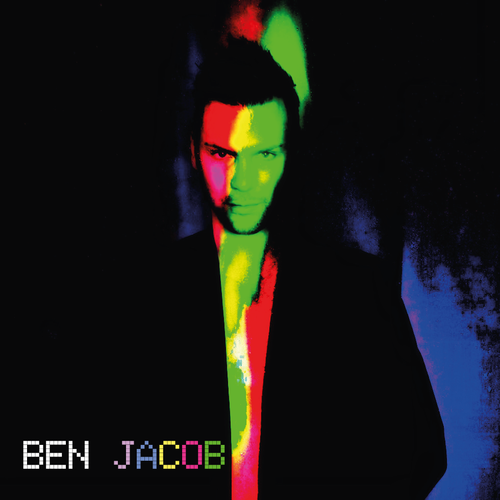 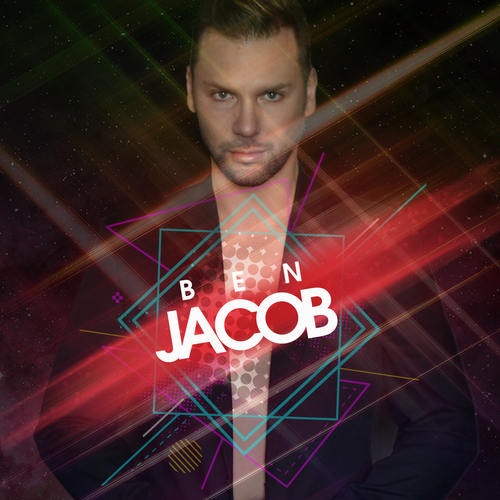 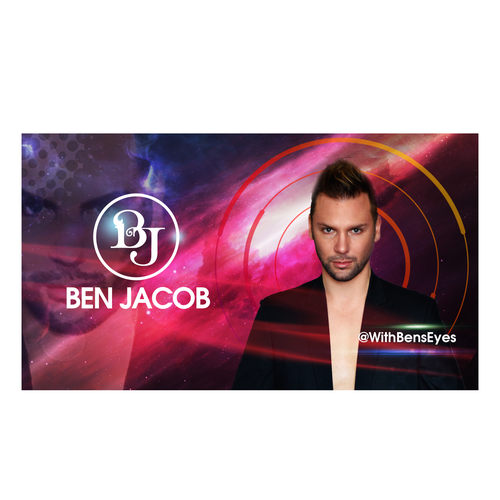 Winner - osipovproduction
Very professional. He made all the changes I required.
- Anonymous

Finalist - E B D E S I G N S
I wish I could give EB 10 stars. He's an excellent designer, quick to respond, and takes a real interst in the project. We had a WONDERFUL experience with EB!
- c.m.m

Finalist - AlexBlv
Attentive to detail. Invested in providing edits and implementing feedback into the work. Super excited to have found AlexBlv!
- Anonymous

Finalist - mistergradus
It was a dope experiment and she made it possible to visually see what we had in mind
- mr.rgtc

I educate about sex & body positivity and I entertain with sketches and music. 13-39

I want the cover photo to look like an album cover with the neon rainbow colors of the synthwave 80s. Think Stranger Things colors but for an independent dance artist. The nightsky effect is key.

I like a black background since i'm a nightowl and would love @WithBensEyes to point (or indicate with colors) directly to where my Instagram button on my YouTube cover is. The only other words besides @WithBensEyes near the lower right corner are Ben Jacob (which is the logo). Also, I would like an image of myself since I am the brand (which I will attach) and a dynamic rainbow spectrum emerging from the logo for my name, Ben Jacob. Think album cover. The logo for Ben Jacob is up for interpretation.

The point of my YouTube channel and Facebook comedy page is to turn people up, to excite them, to arouse them through education and entertainment. Sexy, dazzling, chic, magical, fantastical.

The colors can emit from my image, the logo, and throughout it with an aurora borealis (Northern Lights) effect. I want the colors to have more of an intentional quality, much sharper than the blurriness of the actual Northern Lights in the images I'm attaching.

I have attached images of Northern Lights colors, the Stranger Things covers, and the image of myself I want you to use. The image of myself in the jacket can be cut at the elbows and I can either be coming out of the lights or from the bottom of the cover photo. I'm thinking more on the left side, the logo (Ben Jacob) in the middle, and the @WithBensEyes on the right.

College counselor seeking guidance! Create a compelling logo that appeals to students and parents.
$399
I am an independent educational consultant and I help high school students and families plan for college and prepare ...
80
entries
12
designers
Create a logo + social profiles for a new EdTech subscription box startup
€369
Tinkering Box is a subscription box EdTech spanish startup that aims at developing kids’ natural creativity and curio...
167
entries
24
designers
Health insurance is confusing. We are pretty funny and here to help.
US$ 699
Our product is education, encouragement, and an action plan to achieve “Health Insurance Zen.” Think about Dave Ramse...
246
entries
43
designers
Full Time Fluency - Logo & Social Media Design
£309
Full Time Fluency is a language learning blog dedicated to showing people how to learn a language without picking up and
159
entries
18
designers
Ninja Mastery, a Life Transformation Series
$459
Mentor ship, public speaking, finance, health, growth classes. Think Tony Robbins.
159
entries
50
designers
Teach Women To Master Their Money
699 $US
We teach women the basics of investing and managing their money. We help them get over their fears.
216
entries
73
designer graphistes

We saved a spot for your logo & social media pack contest.

Get started now
World class logo for global parenting events ... just like TED.com!
3.199 HK$
Local and regional events, parent education around the idea of kids and nutrition, exercise and brain health, 21st centu
55
entries
19
Designer
Design the brand for the "Apple" of the personal development world!
US$699
ZXinc offers awareness building training experiences to people who are looking for more out of Life. The 7 layers of the
555
entries
90
designers
Design a Programming logo and social media covers
US$ 399
Its About Web Design and Programming
54
entries
15
designers
Create a fun, youthful, yet professional logo for a self improvement site!
US$1,299
Provide tools for daily improvement.
90
entries
31
designers
Educational Service needs Professional/Mature logo that's marketable for merchandising
$399
You’ve Got This! Education Service (YGT) caters to the needs of secondary students and parents – monitoring and assistin
56
entries
13
デザイナー数
"Everything You Need to Know in 60 Seconds" Bahamian Vlog Need Branding Impact!
US$399
"Everything You Need to Know in 60 Seconds" is an online vlog series that seeks to inform a Bahamian (people from The Ba
53
entries
12
designers
Learn more about logo and social media pack design
See how it works